Don't be shy, go for it !
I dress like a woman because I want to.   – Stephanie Right     *
All life is an experiment. The more experiments you make the better. – Ralph Waldo Emerson   *
My birth certificate is stamped "Male," but my body is stamped "Female."     – Gayle Sherman   *
Theorize your own identity, and don't theorize anyone else's.   – Helen Boyd

Girls (both kinds) who like bondage are very rare, very lovely creatures !!

NO DAMSELS WERE HARMED IN THE MAKING OF THESE VIDEOS, IN FACT THEY LIKED IT!!

Please note that this not an S and M site, it is primarily a B (bondage) site with a little D (domination) thrown in.   We are not opposed to S + M , and while we may play s and m mind games we don't ever hurt anyone.  Unfortunately the general public, thinks that S + M always goes with B + D and this unfortunate association ( SM with  BD )   has done more harm to the acceptance of our bondage passion than anything else I can imagine.  Many of us also have had to pretend we liked s and m in order to find some bondage friends so yet another way we get lumped in with the s and m folks.  We've all had the experience of telling someone we like bondage and then having them ask things like "...so do you like to whip other people or do you prefer to be whipped?...".   Yikes, where did that come from?

Although some models do show some of their 'naughty bits' it's because it's their fantasy and it's how they want to be represented.  My polls indicate that about 40% of visitors  like seeing 'bulges' or an actual penis, so when models prefer it, and it's of good quality, we will use it.   Having said that we want to emphasize that this is a bondage site that emphasizes femininity, teasing, foreplay and sexual simulations and that bulge and penis shots, while available, are not the majority of content.  I personally only portray a strictly femme persona, but I  do wear a strap on, on occasion, which is quite realistic and may be mistaken for the 'real thing'.   Opinions on these somewhat opposing visions are strong so please be tolerant of your friends and sister's fantasies however different they may be.  In spite of these differences, we still have more in common with each other than we do with most of the outside world.

Bondage lovers are largely born and not made ...!!

First of all if you are one of my non bondage friends who is just curious please know that I'm not trying to recruit you, I'm only sharing my secrets which is part of what friendship is all about.  I understand that most people do not have the same obsession and it is not something you just take up. Click to review Bondage theories and my particular fixation   Frankly the vast majority of people find bondage somewhat disturbing as it's usually associated with bad things.  Also they never were imprinted on it or were introduced to it in any acceptable way.  If your goal is to convert someone into loving bondage you might as well forget it.   The best you can hope is they'll dabble in it because you love it and they like or love you.

Real girls, T Girls, self proclaimed sissies, femme domme and male depictions all together in the gender and fantasy continuum.

Also we are not just about tgirls and try to depict all of our girls as real' girls.  I'm a tgirl so, at least initially, we largely have tgirls on the site.   The majority (not all) of T girls love real women and many enjoy loving relationships with them.  Scenes including TG's and GG's would be very popular and are in the works.

The term "sissy" bothers some people but it's a simple fantasy enjoyed by many and often includes effective cross dressing as well as bondage.  There are often aspects of humiliation in the sissy fantasy world, which further confuses our mentally healthy and empowered friends.  To my way of thinking, it's just another fantasy that powers relaxation and a powerful sexual escapist fantasy.   So before you dismiss it, put your self esteem on the back burner and forget those 9 self help books you've read and just look at how much some people enjoy this.

Femme domme and forced male to female transformation is also represented as a very popular fantasy.  This fantasy pretty much speaks for itself.

In our media, all depictions include at least one "girl" and we don't do boy on boy bondage action unless a femme persona is present.   This is a personal and aesthetic choice by me as I'm limited by my expertise and passion for bondage and a femme image.   We do "boy on girl" scenes and they are equally popular with the "girl on girl" scenes.

About half of the people who appear on our site don't want their "normal" id clearly represented for discretionary reasons.  The other half are eager to show the world their artistic fantasy world.

While we  are all mostly OK with our hobby, outsiders are often confused by our our hobby so we just don't advertise it.   Girls with wigs and makeup can pretty effectively look quite different than they do in everyday life and have very little problem appearing on the web.  Male personas are quite a different matter and we often take steps to obscure a male persona's ID according to their wishes.  Masks, hats and glasses all work and we can even completely block out faces like you often see on TV.   Another step we can take is to only allow the depictions in the member's area where the exposure is tiny compared to the 1000 people per day who visit the free areas of the web site

There is little  explicit sex in this web site, although we imply that there is lots of it.  We do play with strap-ons and there are  glimpses of nudity according to the model's fantasies.  You should know that bound sex is subject to some fairly extreme US laws and as you may have noticed in many other web sites, is either simulated or presented in cartoons.  Most of these laws revolve around abuse of women and so we usually present any boy on girl bondage sex as the girl's own fantasy.  If you would like to learn more go to Lorelei's website http://bedroombondage.com .   where you can learn how to join the free speech coalition.  In addition to laws, our credit card processors also have fairly strict rules about apparent involuntary sex.

If you don't love women or Tgirls just go away

Our site is dedicated to artistic, sensual images of the bound female image in photos and videos.  We are not into pain or abuse of women in anyway and will go to any lengths to protect women of all kinds.   If you are a serious control freak or into abuse please go away now, as you will find nothing of interest.  We sometimes, at the model's request spank her  or use sensory / sensual devices, but that's about as far as we go, and only at her request.

Many have fought and died for first amendment rights and I'm willing to do the same.  If you wish to erode these rights please talk to the hand. 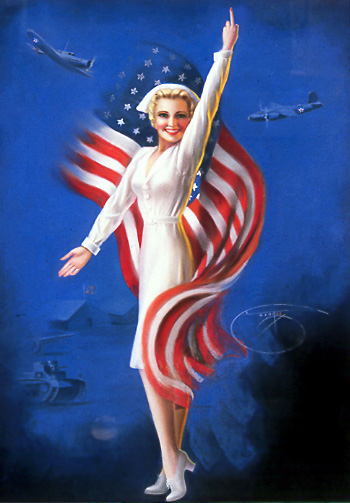